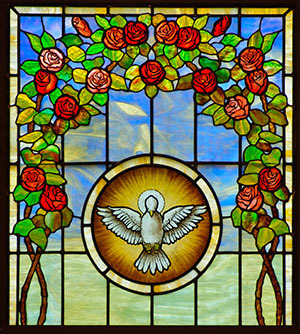 It was an agreeably warm, early Saturday evening in late May 2004, in the “modern” section of Jerusalem. My journey to the Holy Land, which I had longed to take for most of my life, was rapidly coming to an end.

On this particular evening, the Vigil of Pentecost, my travelling companion, Sr. Ann, and I were assembled in a convent chapel to help celebrate the Confirmation of three young people, children of parents associated with the American diplomatic corps in Tel Aviv. The chapel was cramped and stuffy, and I remember very little of the liturgy itself. Yet several times during the ceremony I thought how appropriate it was to be celebrating the Sacrament of Confirmation on that night, in a chapel so physically near the location of the Upper Room where the Spirit descended on the apostles that first Christian Pentecost.

If one were to draw a straight line from the chapel where we were to the current Cenacle structure (supposedly built on top of the site of the original Upper Room), it would extend only about two miles. Sr. Ann, a Cenacle Sister, and I had journeyed and prayed there the day before. When the thought of this physical nearness came, the same feelings went through me as when I had been in the Cenacle itself -- and when I had been in the Church of the Nativity, and in the Church of the Holy Sepulcher, and at most all the other supremely sacred Christian sites we were privileged to visit. The word to describe those feelings would have to be ... "nothing.” The experiences were an emotional flatline. This puzzled me.

For years I had heard numerous testimonies of how deeply moved people were to have the experience of “walking where Jesus walked.” Thus, I fully expected to have at least some profound stirrings of spirit while being in those same locations. But I had none. This was not due to being rushed. We were on our own, and could stay and pray as long as we wanted most anywhere. Strange.

Yet, as I look back now on that largely “emotionless” pilgrimage, and on the experience of that close-in Pentecost Confirmation, I can perhaps get some inkling of the grace our Good God was trying to offer me there. For, the purpose of pilgrimage, after all, is not to see sites, but to grow in faith. And how do I measure that? Is it proper even to try? 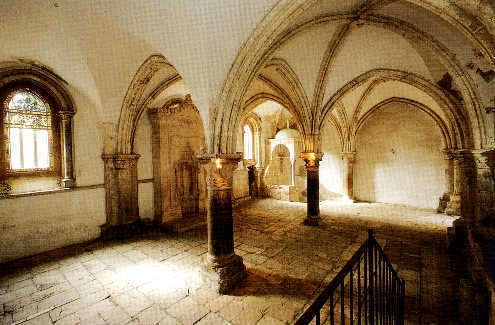 To the extent it can be measured at all, such growth necessarily involves change that perdures, and is not simply the sum total of intense experiences within a short period -- not that intense experiences are inconsequential, or to be discounted. They can be great graces and are to be received as gifts. Christianity is after all a historical religion, largely “grounded” in, and stemming from, events in the life of a particular Man who existed in a particular place at a particular time. Personally experiencing the various locales associated with this Man’s life can be a significant aid in coming to understand who this Man was and what this Man taught.

Yet, the uniqueness of Christian faith is the belief that this Man is not a “was” but an “is.” Christians believe that this Man is still alive, and fully alive; and not only that, but we believe we can literally come into this Man’s own life, because he gives us a share in his own life-breath. This goes to the core meaning of Pentecost.

Read about the spirituality of Holy Cross

It is impossible to overstate the importance of Pentecost in the life of the Church. Pentecost is the life of the Church. The scriptural Pentecost event dramatizes the truth that this life-breath, this Spirit, who brought Jesus back from death, has and does overcome all death, all the barriers that alienate and isolate human beings from one another and thus from true life. The event of that day is the work of a lifetime; it is the business of the whole of “Ordinary Time” in the Church.

Realizing this was perhaps the central grace being offered in my emotionless pilgrimage to the holy sites. For the images that did stir my soul while I was there were those like that of two young Israeli soldiers, machine guns at the ready, having to escort a Hasidic family through the Arab Quarter of the Old City, like the barbwire fences lining the walkway to the police checkpoint at the entrance to Bethlehem, like the story of armed police needing often to come into the Church of the Holy Sepulcher to separate fighting clerics belonging to the four Christian denominations who claim ownership of the structure. 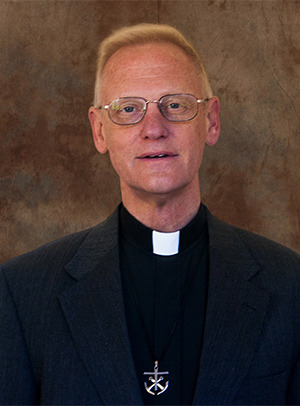 These alienating scenes made it obvious to me that what I needed there was quiet fervent prayer for my own transformation and that of the world, much more than ecstatic feeling. What we all needed in that stuffy chapel was the hope that the sacramental grace of that Confirmation could truly make that crowded assembly into an effective sign of the Body of Christ.

Come Holy Spirit -- renew the face of the earth!