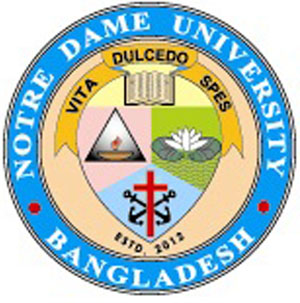 On April 29, 2013, the Congregation of Holy Cross received approval from the Bangladeshi government to found Notre Dame University in Dhaka. The new University, which will be co-educational, plans to begin accepting students in August or September of 2013. It seeks to build upon the Congregation’s educational reputation in this predominantly Muslim country in which Christians constitute just 0.3 percent of the population.

For years, the Catholic bishops in Bangladesh have been urging the Congregation to found a four-year university. The bishops had seen the success that Holy Cross had achieved and sustained at Notre Dame College in Dhaka and wanted to replicate it at the university level.

Learn about the Congregation’s Charism as Educators in the Faith

Established in 1949, Notre Dame College serves the Intermediate Level, which, in the Bangladeshi educational system, consists of classes 11 and 12. This is the step between high school (classes 6-10) and degree-level (BA) studies.

Known for its stellar academics, politically neutral environment, and emphasis on the cultivation of virtue, Notre Dame College receives over 15,000 applications each year for 2,500 slots. Eighty five percent of the student body is Muslim, yet the College as part of its mission has always made special provisions for the education of Christians and other minorities.

Visit the Website of Notre Dame College in Dhaka

Enthusiasm for the proposed Notre Dame University grew quickly in many sectors of society. Despite advances in recent years, Bangladesh continues to lag behind many other countries in terms of its literacy rate and access to quality higher education. The existing higher education institutions often charge high fees and are not known for their quality. There also has been a growing politicization of these universities. The consensus is that a university in the Holy Cross educational tradition, as exemplified by Notre Dame College, would be a great benefit not only to the Church, but to the wider people of Bangladesh.

In order to make a formal proposal to the government, a Group of Electors (consisting solely of Holy Cross priests) and a Board of Trustees (including Christian and Muslim lay people in addition to Holy Cross religious and a diocesan bishop) were established. They submitted the necessary application, which when completed was over six inches thick, to the University Grants Commission.

In addition, the necessary reserve fund of $750,000 was deposited. The Congregation’s Sacred Heart Province (Dhaka, Bangladesh) donated $400,000, with the remainder coming from the Governing Body of Notre Dame College. The College also donated the land on which the new University will be built. 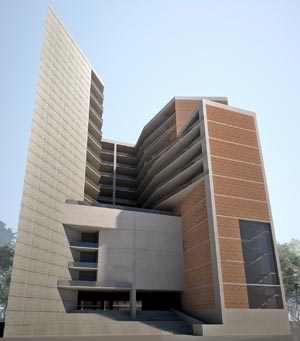 With its approval as a private institution, Notre Dame University will have the ability to establish its own curriculum, to give its own exams, and to grant its own degrees. It will provide the minority Christians in Bangladesh with an important voice at the highest levels of education in the country. Rev. Benjamin Costa, C.S.C., has been proposed as the First Vice Chancellor of Notre Dame University.