What happened over 2,000 years ago with Jesus in Palestine is often summarized as His foretelling in the Hebrew Scriptures, His birth, His message and mission expressed in deeds and words, His suffering, death and resurrection, His promise to remain with the Apostolic Church until the end of the ages, His return to the Father, His glorification, and their sending of the Holy Spirit. But, there is more to the story than a rearview, nostalgic, historical glimpse of the man from Galilee. 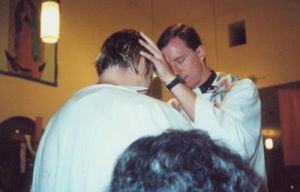 The mystery of Christ is also a now event experienced by every generation of believers down through the ages. The Trinity is celebrated and comes alive for us through the unfolding of the sacramental Liturgy. We became one with the Paschal Mystery through our initiation of Baptism, Confirmation, and Eucharist, which we reaffirmed at the Easter Vigil, which brought to closure our 40-day Lenten journey of prayer, fasting, and almsgiving. Lent was a special time for us to deal with our spiritual hungers and thirsts and some of the blockages and blindness and the dead spaces in our souls and lives. The yearly sequence of the four liturgical seasons of Advent, Lent, Easter and Ordinary Time is a constant source of our on-going, deepening conversion. We now begin our 50-day Easter celebration.

“We celebrate in order to remember. We remember In order to lay hold of these mysteries for our lives," especially the mysteries of the dying and rising of Jesus. We do not simply recall. Neither are we mere spectators. Through Baptism and the liturgical and Christian life, we participate with Christ in His death, resurrection, and glory. 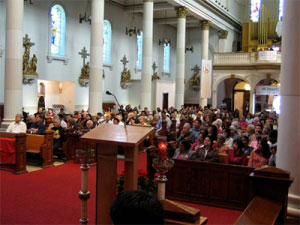 In the resurrection, we speak of sin being vanquished, conquered, and overcome by the dying and rising of Jesus. This is true but does not mean that sin is no longer part of our journey, or that of the Church or the world. That is why we begin every Eucharist with an admission that we are all sinners, and sin takes countless forms. Our faith life will always have a Lenten dimension to it, which means death to all that keeps us from being a resurrection people. Our selfishness finds expression in the seven deadly sins, in our cruel hearts, in our lack of care and concern for the hurting and marginalize and in countless other ways.

The tomb with the stone firmly in place was a cold, dark and dank, lifeless place representing well the darkness and coldness of sin. It was sin that put Jesus’ lifeless body in that tomb. We recall that in the beginning the earth was a formless void and darkness covered the face of the deep. Then God spoke His first words. "Let there be light." Matthew suggests that from noon on, darkness came over the whole land until three in the afternoon. After the death of Jesus the tombs were opened and many bodies of the saints who had fallen asleep were raised. After the resurrection of Jesus they came out of the tombs and entered the Holy City.

The Evangelists mention that the tomb of Jesus was visited on the first day of the week, which would bring to mind the opening lines of Genesis: "In the beginning ..." It would also remind us of John’s first chapter. In the beginning was the Word, and the Word became flesh and lived among us, and He was full of grace and truth.

The Christian adventure began on the first day of the week. It began for subsequent generations on the day of their baptism. Plunged into the flowing waters of the font we became one with the suffering death of Jesus. Coming up out of the waters we became one with the risen Lord. The Spirit of Jesus descended upon us enabling us to live by grace and to reflect the resurrection day by day in all that we do, think, say, and suffer. We became the new creation and clothed ourselves in Christ symbolized by the white garment. Henceforward, we would wear the white garment of the beatitudes, the gifts of the Spirit, the values of the Kingdom, selfless service to the poor and needy, and be followers of the Way, the Truth and the Life of Jesus. All of these would blossom into love, grounded in faith and fueled by hope. It is thus that we walk always as children of the light and keep the flame of faith alive in our hearts. We are a resurrection people. 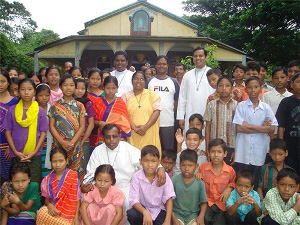 The Paschal Mystery grounds all spirituality and equips us for mission, to go forth, to be Gospel, to be evangelists, to be witnesses, and to be other Christ’s in a hurting world, Church, families, and communities. There are many people who are hungering and thirsting for some unknown transcendence and who cannot find their way to any kind of satisfactory meaning, purpose, or happiness in this earth bound life where more is better, pleasure is de rigueur, and money, prestige, and power define success.

The risen pathway of life is alive with good shepherds who go in search of the lost, good Samaritans who care for those beat up in the ditches of life, good parents who welcome home their profligate children, good teachers who liberate their students from ignorance to wisdom, and good pastors and preachers who inspire, celebrate in worship, encourage, affirm, console, and reconcile their people as they walk with them through the peaks and valleys of their faith lives.

The public ministry of Jesus ended with his ascension. The Acts of the Apostles and the other writings of the New Testament outline the beginnings of the body of Christ, the Church. History records the activities in the growing, expanding, institutionalizing, enculturating, declining, renewing, and sanctifying Church. The Paschal Mystery continues today in the faithful disciples of the Christian Churches as well as in the world religions and in the whole world with all its good will mixed with secularity and ambiguity. Humankind’s reach goes on and the outstretched arms of the risen Lord continue to embrace his creatures and his creation.

The preface for the second Eucharistic prayer for reconciliation paints a picture of the tomb of darkness and sin to be overcome by the bright light of resurrection and grace. Though divided by dissension and discord, hearts are changed to reconciliation and mutual respect; enemies and adversaries speak to each other again, join hands and seek peace together; hatred is overcome by love, and revenge gives way to forgiveness. 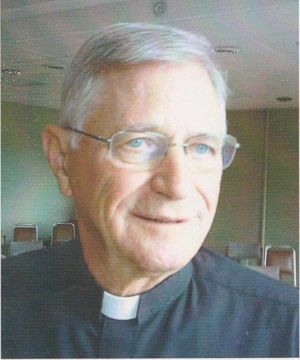 Easter is not an “idle tale” or “pure nonsense” but rather the key to overcoming through faith both spiritual and physical death. The tomb was not the final resting place for Jesus nor will it be for us who have become the new creation and whose final destiny will be eternal life with our creator. “Sing for joy, O heavens, and exult, O earth.”

This reflection on Easter was written by Fr. Wilfrid E. Murchland, C.S.C., the Superior of the Region of English Canada.