In our practical daily life, Easter means experiencing the power of Jesus changing a great tragedy in our lives into a glorious new beginning. Let me narrate a series of things that are mentioned in the Bible, which would indeed help us to gather the true meaning of Easter. 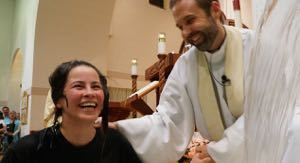 The wall at Jericho was an impenetrable force to any army that was trying to overtake the city. Before even dealing with the wall, the attacking troops would have to navigate their way across a 27-feet-wide, 9-feet-deep pit that lined the outer edges of the city; then there was the wall itself: 17-feet-high, 5-feet-thick, pure mass of solid stone.

If the attacking men managed to get this far without being shot down by archers, all that was left was to defeat the well-trained Canaanite army waiting within. This was the reality for a young leader named Joshua and his ragtag Israelite army. These Israelites who had seen an entire generation live and die while wandering through the desert were tired, hungry, and facing what seemed like an impossible task—a hopeless situation.

Now running into walls is a part of life, and the bigger the wall, the more hopeless the situation can seem. The large walls of sickness, loss, divorce, addiction—they pop up all around us. They seem impenetrable, and just like the wall at Jericho, these walls rarely stand alone. The walls of our lives are often accompanied by a deep pit of pain, suffering, and despair, and all the while an army of hopelessness attacks us on every side. 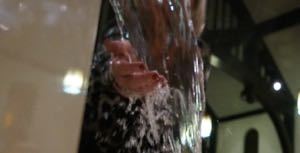 The question is asked all the time, “If God loves us so much and is so powerful, then how could He allow these walls to pop up around me?” I don’t pretend to have the answer to any of these questions, nor do I pretend to understand just how deep or dark your suffering has been. I simply want to suggest that maybe, God does His best work from seemingly hopeless situations.

When we read the bible, we read about people and characters, all who faced seemingly hopeless situations. In fact, we cannot find a single person who walked faithfully with God without first facing a hopeless situation. Adam and Eve ruined paradise by inviting sin and death to a perfect world—a hopeless case. Joseph was betrayed by his brothers for his pride and was put in prison—a hopeless case. Moses was cornered on the banks of the Red Sea with the most powerful army in the world breathing down his neck—a hopeless case.

Gideon was 300 against 300,000. David stood across a valley from a blood thirsty giant. Esther was a woman trying to gain a word with a prideful king. Daniel’s roommate was a lion. His friends were thrown in an oven. Jonah ran away from his job and got stuck in a whale. Peter was a coward. Paul was imprisoned. The 5,000 had no food. Lazarus was dead. Timothy was too young. Abraham was too old. The youngest son was too stupid. The walls of Jericho were too strong. And, Jesus was humiliated, hung on a cross, and buried in a tomb, burying all hopes of the revolution that been held for thousands and thousands of years. Now, everybody was ready to close the book on these stories. The end. Game over.

But if there is one thing we learn from the scriptures, it is that we can never place a period where God has placed a comma, because when all other options have been worn out, when circumstances couldn’t get worse, when everything else has failed, get ready, because that is exactly where God shows up. 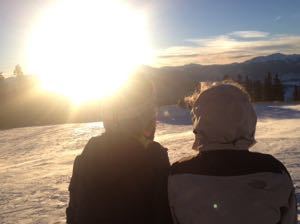 Joseph became second-in-command; the Red Sea parted; Gideon won without lifting a weapon; Goliath’s head was on a plate; Esther spoke and the king listened; Daniel tamed the lion; the oven felt like room temperature; Nineveh repented; Peter became the rock; Paul rejoiced; 12 baskets full were left over; Lazarus was just kidding; Timothy built a church; Abraham built a family; the youngest son came home to a party; the walls of Jericho came tumbling down; and Jesus Christ rose up in the resurrection, as sin and death fled, and the creation that had been marked so many years ago was now restored for all time.

With God what seems like a hopeless situation is not only possible, it’s favourable because only God can turn a mess into a message. Only God can turn a trial into a triumph, a test into a testimony, and a victim into a victory. His power is made perfect in weakness so let us rejoice in our trials and hold unswervingly to the hope we profess because He who promised is faithful, was faithful, and will always be faithful no matter how hopeless the situation. 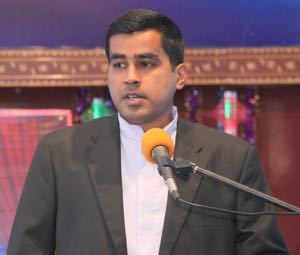 Our Lord is Risen, indeed. Alleluia!!!

This reflection for Easter was written by Fr. Sojon Augustine Athickal, C.S.C. who is a member of the Congregation's Province of North East India. He was ordained in November 2007. Currently he serves as the Vice Principal at Holy Cross School, Agartala, Tripura.