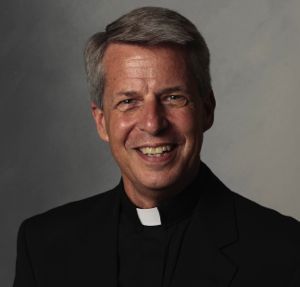 The University of Portland announced this afternoon, January 25, that Fr. Mark L. Poorman, C.S.C., had been selected by the Board of Regents to serve as the 20th president of the university, which is located in Oregon in the United States.

Read the full press release from UP

Fr. Beauchamp, who has known Fr. Poorman since the two were in the seminary together, describes him as “a devoted Holy Cross priest, an accomplished administrator and a very popular teacher. He understands the mission of a Catholic University, and he appreciates the importance of student affairs."

Read about the Congregation's charism as educators in the faith 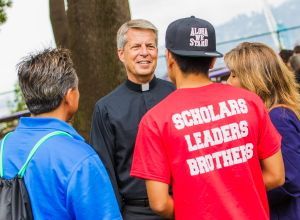 “We believe Fr. Poorman is the ideal person to build upon the foundation laid by Fr. Beauchamp and his predecessors,” said Thomas D. Arndorfer, a University regent and chair of the presidential search committee. “He will guide the University forward while remaining true to our mission of teaching and learning, faith and formation, service and leadership.”