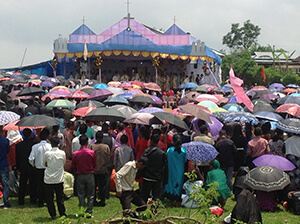 From the earliest days of the Congregation of Holy Cross, Blessed Basile Moreau was sending his religious to foreign lands to continue to make God known, loved, and served as educators in the faith.

That same missionary impulse to spread the Good News of Jesus Christ led the Congregation’s Province of North East India to establish Holy Cross Parish in the Diocese of Nongstoin, Meghalaya, in India. The new parish is over four hours from the closest Holy Cross community in Shillong.

Holy Cross Parish was inaugurated on May 21, 2017, by the Most Rev. Dominic Jala, S.D.B., the Archbishop of the Archdiocese of Shillong who is also serving as the Apostolic Administrator of the Diocese of Nongstoin. 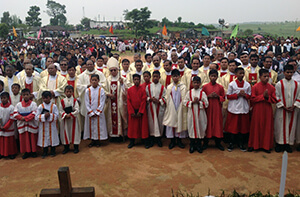 A crowd of over 5,000 came for the Inagural Mass, including many religious brothers, sisters, and priests from the surrounding region. In the same Mass, Fr. Roy Thalackan, C.S.C., who was elected as the Second General Assistant in the Adminstration of Superior General Fr. Richard V. Warner, C.S.C., (2010-2016) was installed as the first pastor.

“This parish is a great opportunity for pastoral care and represents a movement of the Congregation towards the periphery with missionary zeal and the providential care of the Lord,” said Fr. Thalackan.

The parish is situated among the Khasi tribal people, who follow matrilineal lineage. They speak the Khasi language, though in the area they have a dialect called ‘Maram’. There is deep poverty in the region, whose land is often rocky and of poor quality. Many of the people are illiterate, but they also are “highly spiritually motivated,” according to Fr. Thalackan, and there is “great enthusiasm” for the parish among the over 600 Catholic families that make it up. 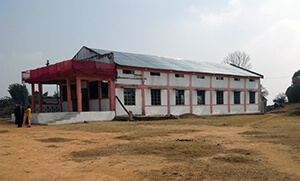 “They have been waiting for a parish since the year 2008,” he recounted. “Since the opening of the parish on May 21, there are about 100 faithful who attend daily Mass. There are already 26 students who have undergone training for altar services. There are vibrant youth, women, and men associations that support the parish programs. There also was a great turn out of about 1,000 faithful for the Marian procession which was held in one of the villages of the parish.”

The parish is a vast mission territory. By Fr Thalackan’s count, there are 35 villages with a Catholic presence totalling over 4,000 people. Of those villages, 15 have accessible roads, while eight are only reachable on foot.

In addition, the parish has 11 lower primary schools, three upper primary schools, and a secondary school of over 200 students. This focus on education fits right in with the Congregation’s charism as educators in the faith, and Fr. Thalackan sees education as one of the critical ministerial opportunities at the parish. For instance, the current quality of instruction is low, and the facilities are lacking in many areas. At the same time, the schools also offer a rich field for potential vocations, as Fr. Thalackan points out.

Read about the Congregation's charism

Another pressing need is medical care and medical facilities, as there are no hospitals in the area. Thus, in true a missionary spirit of being all things to all people, Fr. Thalackan has already been called upon at least once at 4 in the morning to assist at a childbirth through prayer. 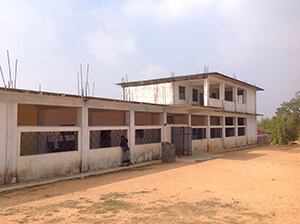 While the challenges are many, the opportunities are more abundant, and the deep, humble faith of the people inspires and makes the hope truly palpable.

When asked about his hopes for his leadership as Holy Cross Parish’s first pastor, Fr. Roy responded, “I want to reach out to the people living in the most peripheral conditions to proclaim the Gospel. I want to be a source of hope amidst the miserable economic conditions of the people. This place offers a great possibility for the work of education and to bring some light and hope into the lives of the people.”