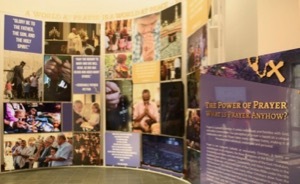 The Museum of Family Prayer was inaugurated on September 15, 2019, at the Holy Cross Family Ministries International Headquarters in North Easton, Massachusetts, in the United States. The museum offers a unique experience of prayer using digital media for the entire family to experience together.

Building on the legacy of Venerable Patrick Peyton’s vision, the museum uses state of the art digital visual and audio media to provide for a sensory, interactive experience of prayer through touching, listening, and watching.

According to Fr. Willy Raymond, C.S.C., President of Holy Cross Family Ministries, “In order to engage in this technology-filled world, the Museum of Family Prayer is filled with impactful images, digital and audio media, and projected prayers to show that in every corner of the world people are praying….this commonality unites, rather than divides.” 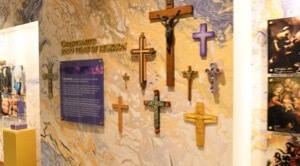 Fr. Raymond expressed his hopes that the museum will attract pilgrims “who are looking for spiritual inspiration, exploration, and connections.”

Declared Venerable on December 18, 2017, by Pope Francis, Fr. Peyton is often referred to as the "Rosary Priest." During his lifetime, he led over 40 Family Rosary Rallies around the world that drew 28 million people, including 2 million each at events in Sao Paulo, Brazil and Manila, Philippines.

Along the way, he became famous for preaching two powerful and memorable messages, “The Family That Prays Together Stays Together” and “A World at Prayer is a World at Peace.” 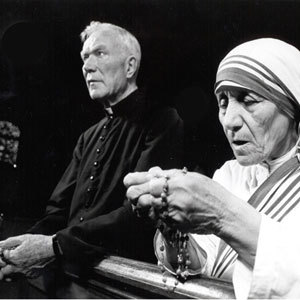 In addition to the rosary rallies, Fr. Peyton was a Catholic media pioneer. In 1947, he founded Family Theater Productions in Hollywood, California, to harness the power of the media and to enlist the witness of hundreds of star actors and other celebrities in spreading devotion to family prayer and the rosary.