The second session of the second Holy Cross Forum took place January 17-20 in Rome. Fifteen of the Congregation of Holy Cross’ young brothers and priests from around the world participated in the gathering, meeting with members of General Council and General Administration. 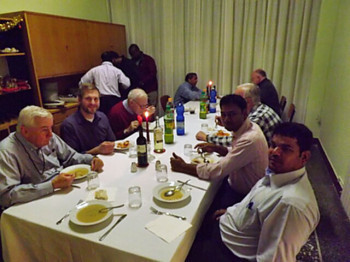 This second session of the Forum built on the first session, which took place June 5-8, 2013.

The first day with presentations by General Assistants Fr. Jorge Izaguirre, C.S.C., and Fr. Roy Thalackan, C.S.C., focused on the renewal of religious life in the Congregation and its communal and personal dimensions. Discussions followed among the participants examining how they might identify means to overcome difficulties, to enlighten confreres, and to become agents of renewal in their own particular jurisdictions.

Meet the members of the Congregation's General Council

The following day, January 20, was the feast of the Congregation’s founder, Blessed Basile Moreau. To celebrate, the Forum participants went with the members of the General Council and General Administration to celebrate Mass at St. Peter’s Basilica. Fr. Warner presided at the Mass. 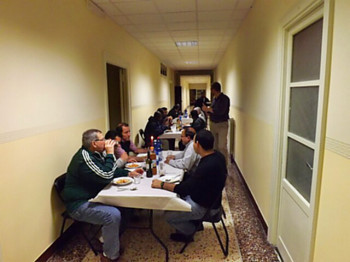 Later that afternoon, Br. Thomas A. Dziekan, C.S.C., the Vicar General and First General Assistant, gave an in-depth view of the life and charism of Blessed Moreau and presented an update on his cause for canonization. The day ended with a Holy Hour followed by a social.

The Forum participants left the following day, but they will return to Rome in June for the third and final session of the second Holy Cross Forum.