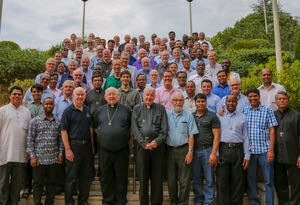 Fr. Robert L. Epping, C.S.C., Superior General of the Congregation of Holy Cross, announced the full slate of the General Council, which will serve with him these next six years. 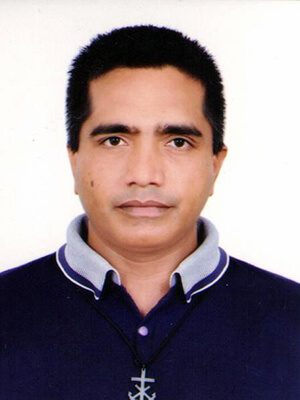 “I am deeply grateful to these six outstanding religious of Holy Cross for their faithfulness in hearing this call and their willingness to sacrifice very meaningful ministry to serve the Congregation,” said Fr. Epping. “I also thank their Provincial, Vicariate and District Superiors for the sacrifice they make in having to make adjustments in the ministerial assignments to accommodate this call.”

In announcing the appointments to the Congregation, Fr. Epping stated that he wanted religious “who are respected for their dedication to religious life, the mission of our Congregation and good judgment and maturity.”

“It seemed apparent to me that we should seek Council membership that would reflect the diversity of our Congregation, represent our growing sectors, and reflect the youthfulness of our active membership,” Fr. Epping added, noting that the average age of council is 45.5 years.

Moreover, five of the six General Assistants come from either Africa or Asia, the two sectors with the greatest current growth in the Congregation.

Br. James, the Third General Assistant, is a member of the St. Joseph Province, which is headquartered in Bangladesh. He professed Final Vows in Holy Cross on February 1, 1998. Since then, Br. James has spent most of his time working in initial formation, serving as the Director of the Juniorate, Apirancy, and Professed Programs in Bangladesh. He also has earned a Master’s in Formative Counseling from Da La Salle University in the Philippines. He is leaving his work in Bangladesh to live in the Holy Cross Generalate in Rome and work fulltime in the General Administration. 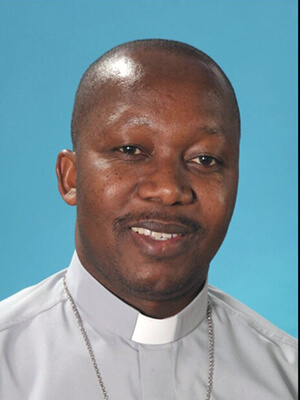 Fr. Temba, the Fourth General Assistant, is a member of the District of East Africa, which includes Kenya, Uganda, and Tanzania. He currently is working on a Doctorate in Dogmatic Theology from the Catholic University of Eastern Africa in Nairobi, Kenya. Having professed Final Vows on August 15, 2008, and been ordained on August 2, 2009, Fr. Temba has served as the Director of Vocations as well as Assistant Superior for the District of East Africa.

Br. Nicholas, the Fifth General Assistant, comes from the District of West Africa, which is focused in Ghana. His current assignment is the Director of Formation Programs for the Congregation in Ghana. Br. Nicholas professed Final Vows in Holy Cross on December 2, 2007. Much of his ministry has involved formation work, including at the pre-Novitiate, Novitiate, and post-Novitiate levels. Br. Nicholas also served from 2011-2016 as Assistant Superior of the District of West Africa.

Fr. Jerome, the Sixth General Assistant, is a member of the Vicariate of Tamil Nadu in India, although he has spent most of his years in Holy Cross studying and working as a missionary in France and Canada. He made his Final Profession in LeMans, France, on August 31, 2003, and was ordained in his hometown in India on August 9, 2006. Since 2010, Fr. Jerome has been serving at St. Joseph’s Oratory in Montreal, Quebec, Canada, working with both French- and English-speaking pilgrims.

All of the new General Assistants expressed surprise at their appointment, but also confidence in the Holy Spirit to lead them in this new responsibility.

Learn more about the 2016 General Chapter 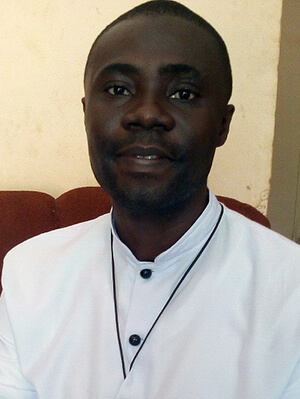 “The call to serve is at the heart of our calling as an individual. Our Constitutions open and end with the call: ‘Come. Follow me. It is the Lord Jesus Calling us,’” said Br. Nicholas. “I am aware of my limitation but what spurs me on is the spirit of God that is upon me to do the work that only God can do. Secondarily, the overwhelming prayers and love of my brothers and priests in Holy Cross has humbled me to step forward.”

“I never expected to be asked to serve the General Council as the third Assistant General.,” said Br. James. “So, after being approached by Fr. Robert Epping, the Superior General, I prayed and reflected over this offer and also consulted a few confreres. While discerning the proposal, these words from our Constitutions came to me: ‘Our thoughts are not easily God’s thoughts, nor our wills His will. But as we listen to Him and converse with Him, our minds will be given to understand Him and His designs. The more we come through prayer to relish what is right, the better we shall work in our mission for the realization of the kingdom.’ Finally, these verses inspired me to say, ‘Amen.’”

Among the General Assistants, there is a great sense of mission and hope, not only from the experience at the General Chapter, but also their wider experience of the charism and mission of the Congregation. While they know the work ahead is challenge, they are ready for it.

“My hope for this General Council is that we will work as a team to undertake all the mandates that the Congregation has given to the Superior General,” said Br. Arthur. “[I also hope that] we will show love, and bring more hope to all the sectors of the Congregation.” 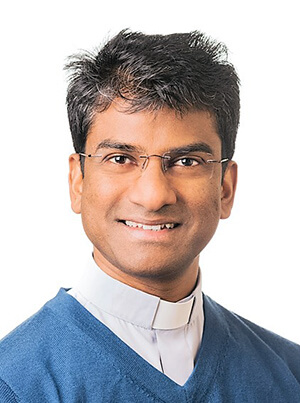 Similarly, Fr. Jerome stated, “I hope that the General Council would bring more happiness in our own local communities and that it would help each of us to be proud of Holy Cross mission by witnessing unity and developing charitable ministries and by strengthening brotherhood.”

Echoing that his hopes are “many,” Br. James outlined a General Council that “is more approachable, does more listening, is more pastoral, knows the confreres around the world better, reads the signs of the times, and works for more vocations.”

“The recently concluded General Chapter deliberated on many changes that will bring out more the internationality of Holy Cross according to the vision of our founder,” added Fr. Temba. “My greatest hope for these coming six years is that through determination and hard work we can achieve this dream of internationality so that we may make God known loved and served as Fr. Moreau taught us.”