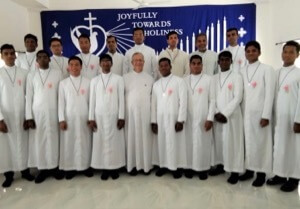 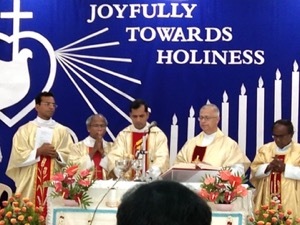 This was the First Profession class to be formed by the new Novice Master, Fr. Joby Sebastian, C.S.C. He expressed his pleasure that the ceremony “went well” and that the newly professed were “joyful” and “good spirit” at having completed their Novitiate year and professed First Vows. 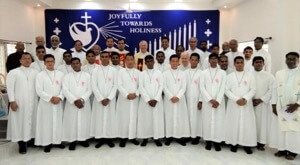 Over 250 people attended the ceremony, including many family and friends of the novices as well as many Holy Cross religious. All enjoyed a wonderful meal following the Mass.

There was no rest for Fr. Sebastian and the Novitiate Staff, because the day prior to the First Profession, 13 new novices were formally received into the Novitiate in a Mass presided by Fr. Mariaraj.