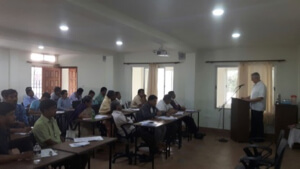 From September 17-20, 2017, the Province of North East India hosted the Asian Formators Meeting at the Moreau Institute of Integral Training (MIIT) in Shillong. The meeting is held every two years, with the previous one having been held in 2015 in Bhadun, Bangladesh. This year’s version gathered 37 sisters, brothers, and priests from across Asia.

The remaining 32 participants included formation coordinators of different jurisdictions and formators who are engaged in vocation promotion and formation ministry at various levels, including postulancy, Novitiate, and post-Novitiate.

Fr. Abraham Kochupurakal, C.S.C., Second General Assistant, and Congregational Director of Formation, and Br. Joel Giallanza, C.S.C., Assistant Director of the Holy Cross Institute in Austin, Texas, in the United States, served as the main facilitators and presenters for the gathering. 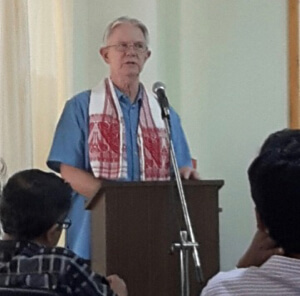 The first two days were exclusively spent in listening to Br. Giallanza, one of the pioneering and leading experts on the life and spirituality of the Congregation’s founder, Blessed Basile Moreau. It was a fitting topic given that the Congregation just two days prior had celebrated the 10th Anniversary of Basile Moreau's Beatification.

Br. Giallanza focused on the Blesssed Moreau’s charism and spirituality. Then, in the light of the life of Blessed Moreau’s life, he highlighted the different characteristics of religious life in Holy Cross: Providence, Mission, Prayer, Community, Vows, and the Cross.

For many present, Br. Giallanza’s presentations were eye-opening in terms of knowing deeply the person of Basile Moreau. At the end of the two days, the formators felt that they had “walked with Moreau.”

On the third day, Fr. Abraham offered reflections, expanding the understanding of the charism and spirituality of Blessed Moreau. He also shared with formators some of the indicators of growth in vocational life of the men in formation. 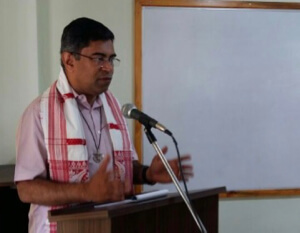 In addition to the presentations, the participants were divided into five groups to enhance the group discussions on various aspects of vocation promotion and formation, including challenges, opportunities, and potential collaboration.

The evenings of the first three days were also spent visiting the formation houses and mission centers in and around Shillong,including the Holy Cross Villa, which is a residence of the Holy Cross Sisters, the Holy Cross Formation House at Sumer, and two of Holy Cross parishes in Jongksha and Mawkynrew.

The group also celebrated the Eucharist together each day, led by the major superiors, and also had time for fellowship to support one another in this critical and demanding, yet essential ministry.

To reap the graces of this enriching gathering, a core-team was formed to compile all the group reports as to come up with an action plan for formation ministry.

Special thanks to Fr. Abraham Kochupurakal, C.S.C., for helping compile this article.