The first missionaries of the Congregation of Holy Cross to Brazil arrived from Canada in December 1943. They went to São Paulo to work in a new residential area for industrial workers named Jaguaré. At the time, Jaguaré had no paved streets, no running water, and no electricity. It also had no church and no schools, and so the Congregation founded St. Joseph Parish and Grade School, which initially met in a house. 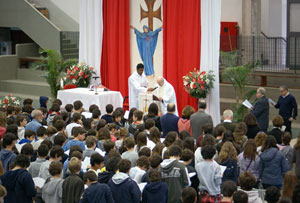 Then in 1952, the Congregation founded Colégio Santa Cruz in a developed area of São Paulo. That school, which like the Congregation’s other two colleges in Brazil extends from pre-school through high school, today serves over 3,200 students.

Just prior to the founding of Santa Cruz College, in 1951, the Congregation sent a second wave of missionaries to Brazil, this time from the United States. Whereas the Congregation’s first mission was centered in the southeastern part of the country, these four brothers went to the Amazon region in the North of Brazil. They went to take over Colégio Dom Amando, a secondary school in Santarém. In 1961, this group of missionaries established Colégio Notre Dame in Campinas. 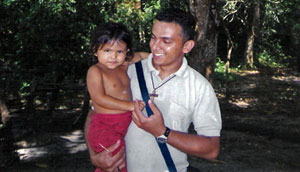 From the beginning until today, the Congregation’s parishes and schools in Brazil have been known for their extensive social engagement, including through such programs as the Community Center of Brother André in Campinas and the Social Project of Holy Cross in São Paulo. The Congregation also runs programs for at-risk children in Santarém and Campinas. Part of the purpose of these programs is to draw students and parishioners into service.

For over half a century Holy Cross and Colegio Notre Dame have helped realize the bishops’ program to relieve the poverty and the helplessness of the poor while following our founder’s directive to always put instruction and education side by side. And we continue to build God’s Kingdom in Brazil. – Br. Tom Chady, C.S.C.   Read more … 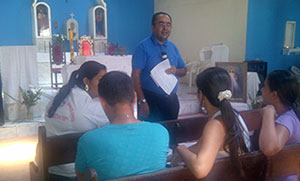 In 2011, the Congregation took responsibility to help provide pastoral care in Guadalajara, a large, poor neighborhood on the outskirts of Recife in the state of Pernambuco in Northeastern Brazil. Holy Cross religious are working with the people there, in whose midst they live, to see how best to meet their needs and foster a future of hope.

For a listing of the Congregation's schools, parishes, and other apostolic works in Brazil, check out the ministries page.