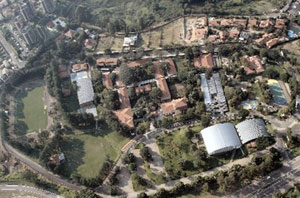 During the 1950s and 60s there was a worldwide movement to relieve the poverty and the helplessness of the poor. In their response to this challenge, the bishops of Brazil included among their evangelical foci: youth, the poor, and the “classes of influence.” Hearing the call, Holy Cross sent Br. Paul Schaefer, C.S.C., from the impoverished Amazon region to the opulent, industrial south-eastern Brazil with the commission to found a Catholic school for boys at Campinas, one of the wealthiest cities in Brazil.

In 1961, I was sent to help establish that school, the Colegio Notre Dame. Land was donated on which to build the school, and while it was being leveled and prepared, we convened our first class in a rented house. The next year we added a second class of students and moved into the first constructed building.

While Br. Paul attended to the endless documentation, hiring, planning, travelling, and public relations, I perfected, disciplined, studied Portuguese, taught, supervised new construction and the grounds, and kept the books. They were the busiest and happiest years of my 60 years of religious life. 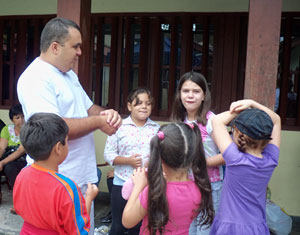 During the next 50 years, Holy Cross influenced the lives of more than 15,000 youths from the upper middle class of Campinas. The students, parents, faculty, and brothers had all become involved with social outreach. CECOIA – the Community Center of Brother André – had been founded by the Parent Teacher Association in 1985, under the leadership of Br. Robert Weinmann, C.S.C., for children at risk. One facility had been constructed where children aged 6 to 12 were tutored and taught religion, music, computers, morals, mutual respect, and behavior.  And in a second facility, adolescents up to 18 years of age were trained in the techniques of job interviewing, on-the-job comportment, dress, morals, and social skills.

For over half a century Holy Cross and Colegio Notre Dame have helped realize the bishops’ program while following our founder’s directive to always put instruction and education side by side. And we continue to build God’s Kingdom in Brazil.