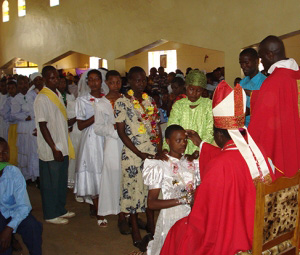 The Congregation's work in Tanzania began with St. Brendan Parish in Kitete, which is located about two hours from the city of Arusha in the foothills that border Ngorogoro National Park. It is an area rich in natural beauty, yet one in which many live in poverty.

To culminate the Year of the Family celebrated in the diocese, we decided that each of the 82 Small Christian Communities of the parish should light their own candle from the parish’s candle and carry the light to every member’s home. We witnessed tearful reconciliations and the return of many to the sacraments. – Rev. Christopher Letikirich, C.S.C.   Read more ... 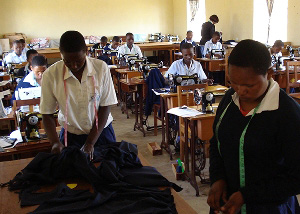 The parish sponsors the Audrey Veldman Vocational Training Center, which was founded to assist poor girls who could not afford secondary education by giving them skills in trades that could provide economic security. It has since expanded to include boys and now offers training in tailoring, carpentry, masonry, and computers. The parish also sponsors Lostete Dispensary to attend to parishionerss' basic medical needs.

In October 2014, St. Brendan Parish celebrated its 50th anniversary. To mark its golden jubilee, in addition to a lively celebration and procession, the parish built a new parish church to serve as a better home to the region's growing Catholic community.

On July 15, 2015, the Congregation expanded its mission in Tanzania, accepting pastoral responsibility for Sacred Heart of Jesus Parish in Sombetini, which is on the Northeastern outskirts of Arusha, one of the fastest growing cities in Africa. The parish began in 2001 as an outstation run by the Divine Word Missionaries and became a full parish in 2008. 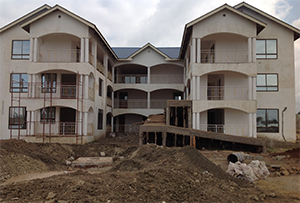 The parish is known for its strong lay leadership and its vibrant stewardship, which is helping to build both a three-story health center and dispensary as well as a new parish church. Holy Cross has worked to cultivate the parish as a fertile ground for ministry and evangelization, especially among and to families.

The work of the Congregation of Holy Cross in Tanzania is conducted by the District of East Africa, which also includes Kenya and Uganda.

View a Photo Gallery of Missionary Outreach Around the World

For a listing of the Congregation's schools, parishes, and other apostolic works in Tanzania, check out the ministries page.