Making a Difference in People's Lives

My parents lived in East Bhadarty, a small rural community in the Gazipur region of Bangladesh. My father was an elementary school teacher, and my mother was a housewife. I was the seventh of their seven children. Ours was a Catholic village, and so I grew up in a Catholic environment. 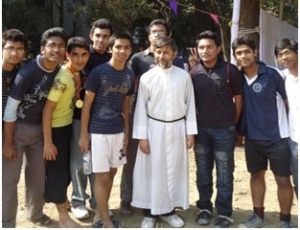 The year 1971 was one of the most disturbing and difficult times in the history of Bangladesh, which at the time was part of East Pakistan. The people of Bangladesh were engaged in war of liberation, fighting for their independence. I began elementary school in January of that year, war broke out in March, and our school was declared closed indefinitely. By the end of April, our family had abandoned our home and kept moving from place to place for our safety until December.

The war ended in December 1971 and the schools opened back up in January 1972. I attended Tumila Government Primary School and Tumilia Boys' High School, both located on the compound of St. John the Baptist Catholic Church.

Several of my teachers in elementary school were Sisters of Mary, Queen of Apostles (SMRA). Encouraged by them, I joined the altar boys to serve Mass when I was in fifth grade. One of my sisters, Sr. Anita, SMRA, was a religious of that congregation. One of my brothers, Francis Parimal Pereira, was a seminarian with the Congregation of Holy Cross. He was ordained to priesthood in 1981. In early 1980s, my other sister, Str. Shikha, SMRA, entered religious life as well.

In 1978, Br. Ronald Drahozal, C.S.C., came to Tumilia Boys' High School and talked to the students of eighth grade about Holy Cross brothers and their Congregation. After his talk, Br. Ronald invited students to meet him after school if they were interested to know more about the Holy Cross brothers. One of my friends, Sonjit Leo Gomes and I went to see Bro. Ronald after school. 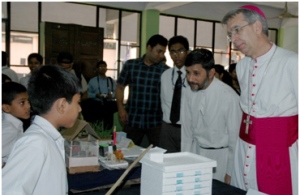 The Holy Cross brothers lived and worked in Nagori, about six kilometers from our home. They ran St. Nicholas High School and a hostel for boys attending the school. They also had a formation house, called a juniorate, for the students who were considering being a brother.

At the beginning, I visited the brothers and their juniorate merely out of curiosity. As a 14-year-old eighth grader, I was not yet aware of my vocation. Br. Ronald, though, asked me if I wanted to join the juniorate the next year.

I entered into Holy Cross Juniorate on January 3, 1979. Since then, I never looked back and have been a Holy Cross brother ever since. The various stages of the formation process including common spiritual exercises, various ministry experiences, spiritual direction, and living and praying together in community, helped me to discern, understand, and deepen my call to Holy Cross.

I pronounced First Vows in 1984. I started my active ministry in 1987, beginning as a teacher at St. Nicholas High School and a director at St. Nicholas Hostel. Three years later in 1990 I made my Final Profession. 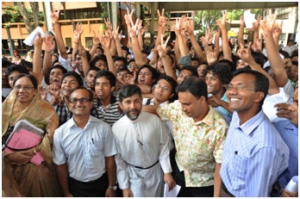 Over the years, I have worked as a teacher, hostel director, guidance counselor, school administrator, and youth animator. I have enjoyed these assignments as I love to work with the youth. One of the ways I try to reach out to them is through my love for sports. I love to play soccer, basketball, and table tennis, and I have seen sports and co-curricular activities to be a great way to form connections with the students to make a bigger differences in their lives. It is this opportunity to make a difference in the lives of young people, to be a brother to them in the journey through life, that I most love about my vocation as a Holy Cross brother.